'Like' by Eduardo Nave in the national category; 'The Restoration Will' by Mayumi Suzuki in the international category; and 'Nueva Galicia' by Iván Nespereira in the self-published category are the three publications that have been awarded. The outstanding publisher of the year is the Italian publishing house 'Skinnerboox', directed by Milo Montelli

Given the quality of the selected books, the jury has decided to give three honorary mentions, one for each of the categories: in the national category 'La gravetat del lloc' by Israel Ariño, in the international category 'On Abortion' by Laia Abril , and in the self-published category 'Whispering Hope' by Chikara Umihara

The awarded publications, as well as the finalists, can be seen at the National Library of Spain until September 23, 2018.

From among the 350 submissions received during the call for entries, the PHE18 Award for the Best Photography Book of the Year selected 57 finalists to contend for the recognition. A jury formed by the National Photography Award recipient Cristina de Middel, the collector and editor José María Lafuente, and the cultural director of the National Library of Spain Miguel Albero, have chosen to award the following publications:

Best book of the year in the national category

Like is a photobook by Eduardo Nave with which he immerses us in the present world of tou-rism. A collection of images in which travelers seem more concerned about creating evidence of their existence on earth (through selfies) than enjoying or depicting the landscapes they en-counter on heir journeys. With this work, the artist shows how we are a part of the capitalism of images -with the excess, access, and asphyxia- of the post-photographic era. He questions the following: is it possible to experience the excitement of discovery?

Best book of the year in the international category

The Restoration Will is a photobook with which Mayumi Suzuki, preserves the memory of her family's history. Her parents, who had a photography studio, went missing after the 2011 earthquake and tsunami in Japan. From the rubble that was once their house and studio, Ma-yumi uncovered her father's camera and took images of the landscape with the muddy lens. She also found their photos in the ruins and with these materials she reconstructed her family history in this publication.

Best book of the year in the self-published category 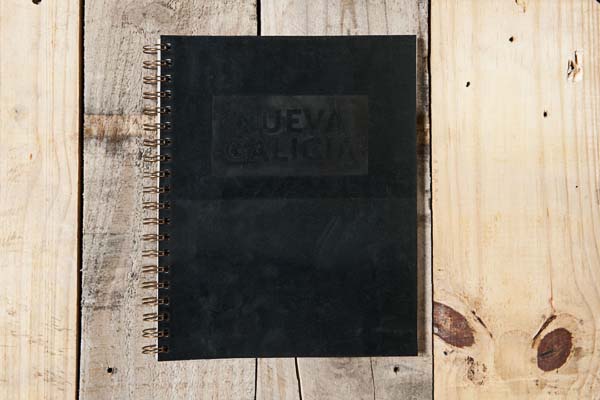 New Galicia records the traces of two movements. The rubber tree (hevea brasiliensis) that began when 70000 seeds were transported from Brazil to England by the British explorer Henry Alexander Wickham aboard the Amazon Ship in 1876, enabling this species to spread throughout the entire world. And that of a group of Europeans that migrated to Amazonia with the economic surge that the extraction of rubber generated between 1850 and 1920 that settled along the Amazon River. This study explores the past and the conflicts that arose from these two movements, conveying the power plays, conspiracies, and betrayals of a specific landscape.

Outstanding publisher of the year: Skinnerboox.

Skinnerboox is a small independent publishing house established (by Milo Montelli) in February 2013 and based in Italy. Their focus is contemporary photography in its various forms and a desire to work in close collaboration with photographers, designers, curators, and galleries.

The jury praised the overall excellence of the publications presented and has chosen to recognize those proposals that, beyond their photography quality, they consider to work in the book format. In the self-published category, they wanted to award a proposal with a format that because of its detailed construct could only be produced as a self-edition. For the outstanding publisher of the year, the jury wanted to recognize a small publishing house that supports emerging or little-known photographers, while producing quality work that is very necessary for the panorama of international photobooks.

Given the high quality among the finalists, the jury has decided to give three special mentions, one for each category:

Special mention in the national category

Israel Arino
The gravity of the lloc
Publisher: Anomalous Editions
Designed by underbau
Printed by Brizzolis

The gravity of the lloc is a project created in the context of an artistic residency at the Domaine de Kerguéhennec, in the French Brittany. Kerguéhennec is a contemporary art center with over 30 sculptures installed across the landscape. It is a space charged with memory and significance, where other artists have left their mark. The series explores the concept of place as the mainstay for emotional connection through darkness, the limits of representation, and the per-ception of reality. The night appears as an object of discovery, mystery, pleasure, like a hieroglyphic space that leads us to imagine something beyond what we actually see.

Special mention in the international category

In many countries and regions, the law or social coercion deny millions of women access to abortions. Many find themselves obligated to see through a pregnancy against their will, inclu-ding minors and rape victims. For some, pregnancy is not viable or entails health risks. Nevertheless, all of them can be criminalized for attempting to have an abortion. On Abortion is the first part of Laia Abril´s current long-term project, A History of Misogyny. April documents and conceptualises the risks and harms caused by the lack of legal, safe and free access to abortion. She looks to the past to underscore the long and continuous erosion of the reproductive rights of women thru to the present day, weaving in issues involving ethics and mortality to reveal a series of shocking social triggers, stigmas, and taboos concerning abortion that to great extent have been invisible until now.

Special mention in the self-published category

Over the course of 5 years (2011-2016), the Japanese photographer Chikara Umihara made a series of trips across the United States by Greyhound Bus, without any specific destination in mind. Chikara created a rule to limit himself to the bus and the stops that he made. Combining views from the bus, portraits of the other passengers, images of bus stations, as well as short texts, Whispering Hope offers a personal and moving look at the current state of the nation.

The awarded publications and the finalists are on view until 23 September 2018 at the National Library of Spain, on Paseo de Recoletos 20-22, Madrid. Along with this selection of photography books, the exhibition also includes the 20 finalists of the Book Dummy Award 2017 and ten recent books published by La Fábrica, which did not contend for the Award.

In light or shadow of what was and still is, project selected for the NUR 2022 call

PHotoESPAÑA presents the participants of Discoveries 2022

December 16th 2021
PHotoESPAÑA presents the participants of Discoveries 2022 Online format who have been selected through the open call. Everyone…
Read more »

7th September 2021
From today until September 21, one hundred points of urban furniture in the center of Madrid (among the ...
Read more »

7th September 2021
In the third edition of PHotoESPAÑA Santander, which brings together until the end of October the work of 68 authors in the ...
Read more »

7th September 2021
One more year, One Shot Hotels, linked from the beginning with photography, are the official hotel of PHotoESPAÑA 2021.…
Read more »

2th September 2021
From September 1 to October 31, Santander and Cantabria host PHotoESPAÑA for the third consecutive year. A…
Read more »