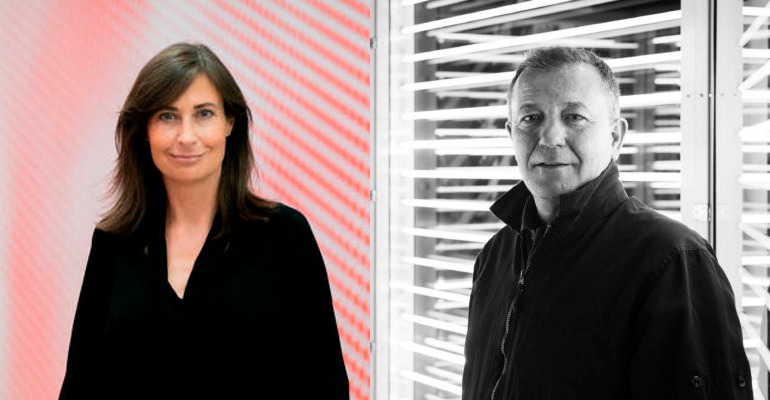 Under the title Sculpting Reality They will present a program that will reflect on documentary-style photography as a document and aesthetic.

PHotoESPAÑA, the International Festival of Photography and Visual Arts, will celebrate 25 years during the next edition that will take place from June 1 to August 28, 2022.

Sandra Guimarães, artistic director of Bombas Gens Center d'Art, and Vicente Todolí, advisor to the Per Amor a l'Art Collection, will be the guest curators of the 2022 edition.

“Sculpting Reality” will present a triple program: a large collective exhibition at the Círculo de Bellas Artes and Casa de América, and a cycle of conversations.

A program that will reflect on documentary-style photography as a document and aesthetic.

The concept "documentary style", coined by Walker Evans, had a great influence since the beginning of the XNUMXth century. At first it was understood as a type of photography related to reportage and photojournalism - like the one shown in newspapers and magazines such as Double Elephant Press or in the early works of Helen Levitt or Robert Frank– later it evolved out of the need to experiment with photographic language, as Lee Friedlander or Garry Winogrand did, thus integrating itself into artistic photography.

In 1971, Evans explained that “an example of a verbatim document would be a mug shot of a crime. A document has a use, while art is really useless. Thus, art is never a document, but it can take its form. Ultimately, it is a "style" that is born from the straight photography in the United States and that stands out for the intention of representing reality in a pure and transparent way, in turn reflecting on issues such as experimentation with photographic language, seriality, staging and its veracity, the idea of ​​archive or subjectivity.

The photographer who adopts the "documentary style" aspires to reflect reality in the same way as a sculptor: eliminating from his final work all material that is not part of the piece. Thus, the title of the program “Sculpting Reality” alludes to “Sculpting in Time: Reflections on the Cinema” (1985), a publication by Andréi Tarkovski that presents the filmmaker as someone who “sculpts in time”.

With this programme, Sandra Guimarães and Vicente Todolí offer a journey through the history of photography and the documentary style, from its beginnings in the XNUMXs to the present day, based on research into the collections of the Per Amor Collection to l'Art.

Vicente Todolí emphasizes the importance of Evans, who “believed that photography was only useful if it transcended the subject and the object; photography should be art, not art”. For her part, Sandra Guimarães points out that “the concept of seriality in art is one of the specificities of the photographic medium and accompanies the various artists in this program in their need to question and reflect on the world that surrounds us, on the reality existing, complex, cruel and beautiful” generating a multiplicity of connected experiences and narratives.

Sandra Guimarães (Porto) is since 2020 Artistic Director of Bombas Gens Center d'Art, València. She has been curator at the Serralves Museum (Oporto, Portugal) from 1998 to 2010, as well as Founding Director of Programs and Chief Curator at Remai Modern (Saskatoon, Canada) from 2015 to 2019. In 2018 she was a member of the ScotiaBank nominating group for the Award Photography Prize of Toronto, Canada. In 2021, she has been president of the jury of the XXIV Sala el Brocense Plastic Arts Awards (Cáceres) and member of the juries of the XXVIII Call for Plastic Arts Scholarships of the Botín Foundation, ¡PAM!21 (UPV, València) and of the Biennial of Mislata Miquel Navarro.

At Bombas Gens Center d'Art has programmed and co-curated the exhibition Sculpting Reality. Documentary style in the Per Amor a l'Art Collection; has curated the inclusive project Energy = Yes! Quality = No! (a critical workshop) by Thomas Hirschhorn; launched new programmatic lines, such as a series of artist books that began with the VCRT edition, by Thomas Hirschhorn, as well as a Web Collection program with artist Ryan Gander with the work Difficult Ideas and Unrealized Projects, 2021; has scheduled the series Artist Talks, with artists such as Juan Uslé, Thomas Hirschhorn, Ryan Gander and Bleda y Rosa, among other artistic projects.

His training includes a Master's in Art History and Archeology (specializing in Modern and Contemporary Art), as well as a Master's in Cultural Management, both from the Université Libre de Bruxelles (Belgium).

Vicente Todolí (Valencia, 1958). His training includes a degree in Geography and History with a specialty in Art History from the University of Valencia and postgraduate studies in Art History as a Fulbright scholar at Yale University and the City University of New York. He was a Fellow in the International Study Programs (ISP) at the Whitney Museum of American Art in New York in 1984-85.

His career in the visual arts spans more than 30 years and includes positions as Chief Curator (1986-88) and Artistic Director of IVAM (Valencian Institute of Modern Art, 1988-96), before joining the Museu Serralves as its founding director in 1996 to 2002. In 2002 he was appointed Director of the Tate Modern, where he began full-time in March 2003 and finished in June 2010. He was a member of the Jury and the Advisory Committee of the Carnegie International 1995 and was part of the team of curators of “Future, Past and Present” at the 1997 Venice Biennale, directed by Germano Celant. From 2002 to 2007 he was part of the Governing Council of the International Manifesta Foundation.

He has been the Artistic Director of Pirelli Hangar Bicocca since May 2012 and currently advises various museums and foundations, including the Fundación Botín in Santander, the Fundació Per Amor a l'Art in Valencia, and the Inelcom collection in Madrid. He is Chevalier des Arts et des Lletres, received the order of Santiago da Espada in Portugal in 2003, and was named Doctor Honoris Causa by the Polytechnic University of Valencia in 2011.