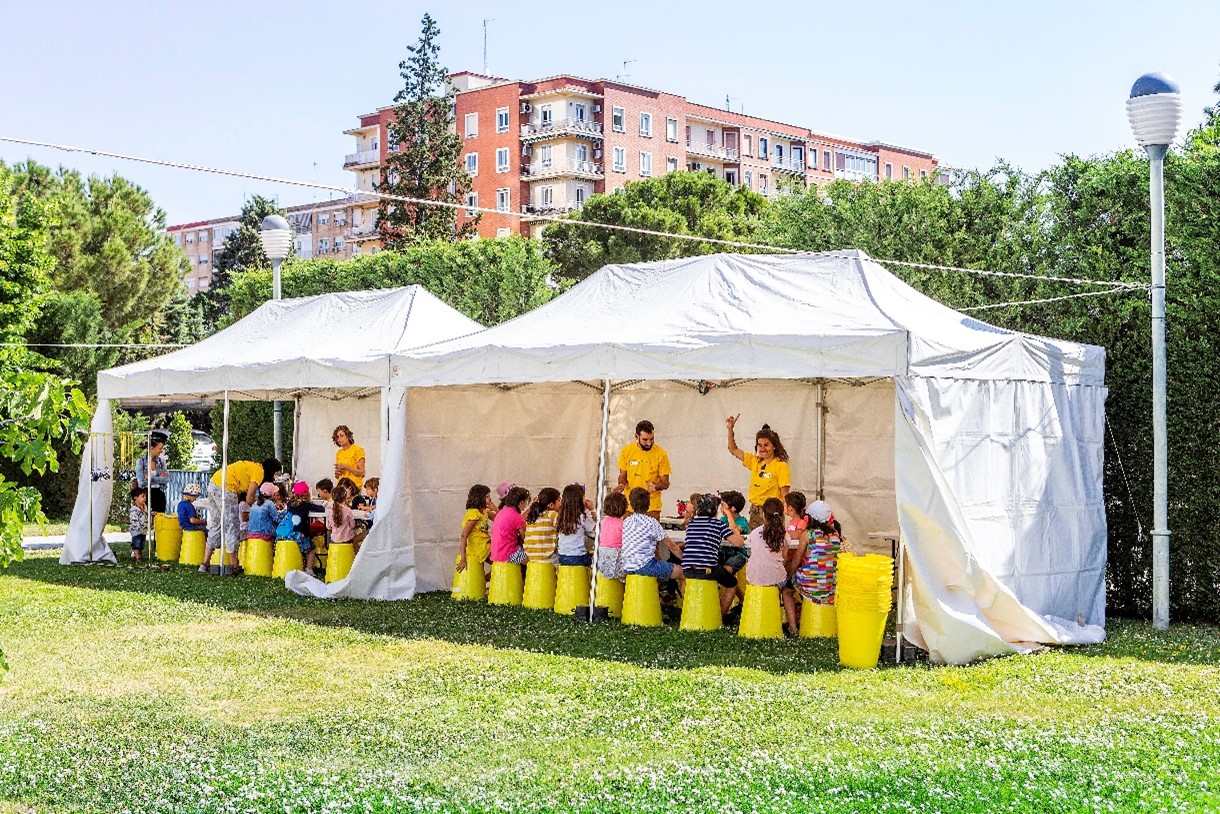 The Canal Foundation and PHotoESPAÑA, which celebrates its 25th anniversary this year, present a new edition of the Photo Workshops on Saturdays, which will be given by educators in the gardens of the Canal Foundation, at Calle Mateo Inurria, 2, and will allow children and young people become familiar with and delve into the art of photography.

On this occasion, the participants will approach the concept of the "decisive moment" coined by Henri Cartier-Bresson, they will learn photographic techniques such as panning or blurring and they will discover how to "capture time" and catch the culminating moment in front of them with the camera.

Thus, they will put into practice what has been observed in many of the snapshots that are part of the current Canal Foundation exhibition, “Uncovered. Selected works from The Howard Greenberg Gallery”, which brings together some of the most relevant photographers of the last 120 years, many of them artists in capturing those “decisive moments” in magical and unique images like the ones shown by Jacques Henri Lartigue, Martin Munkácsi or Helen Levitt.

The participants will be divided into two groups according to their age: between 6 and 9 years old and between 10 and 13 years old. Likewise, they will have workshops both in the morning, from 11:30 a.m. to 13:30 p.m., and in the afternoon, from 17:30 p.m. to 19:30 p.m., depending on the organization that can be consulted on the Fundación Canal website.

The little ones, from 6 to 9 years old, will learn the differences between freezing time and capturing movement by panning. To capture the movement in these two modalities, they will take pictures of their classmates practicing various physical activities and of elements such as balloons or balls falling from above. In addition, they will check the different effects that occur in the image after the capture of two elements of different weight.

The groups formed by young people from 10 to 13 years old will reflect on the concept of “decisive moment” and will question its purely photographic condition through examples of images by photographers who have worked on it; like many of those present in the exhibition “Uncovered”. They will learn how to use the shutter and play with the composition of the image, establishing as a point of interest what responds to the "decisive moment" of an event or action, without forgetting the rest of the elements that appear in the scene.

Prior registration is required through this link: https://www.fundacioncanal.com/otras-actividades/fototalleres-de-los-sabados/