The online call #MIRANDOALOS90 It will allow you to recover the visual nostalgia of that decade. A few years still infected by the euphoria and creative stimulus of the 80s, but expectant before the changes that the new millennium would bring.

An action designed for the Festival audience, who will be able to identify and recall, through newly created photographs, the aesthetic lines of the 90s, a key period in the history of Spain, marked by the JOlympic Games in Barcelona, ​​the Universal Exhibition in Seville, the European Capital of Culture in Madrid or the arrival of high-speed train, among other coincident events in 1992.

On a photographic level, it is also a very special period, since the charm and aesthetics of analog photography prevailed against the irruption of digital photography, which became popular with the turn of the century and the consolidation of the Internet and mobile telephony.

Where were you then?

In 1992 it opens Ham Ham, by Bigas Luna, which cements the groundbreaking and irreverent style of the Catalan director, one of the most distinctive of his generation. The film also launches its trio of actors (Penélope Cruz, Javier Bardem and Jordi Mollá) to fame, who marked an era in the Spanish film scene.

In the radios it sounds incessantly Nirvana's Smells Like Teen Spirit. Rock history. And the 'grunge' style extends from Seattle to all corners of the planet.

At the end of the year, four friends from Granada form an alternative pop group called Los Planetas, the main band of the Spanish 'indie' movement.

It is the year of the heyday of the “supermodels”: Claudia Schiffer, Naomi Campbell and Linda Evangelista parade for the first time at the Cibeles Catwalk, where minimalism coexists with urban fashion.

From among all the images received, an independent jury has selected a winning photograph whose author will receive a prize of 1.000 euros and other two final images that they will receive a second prize of 500 euros each.

The jury gathered, made up of Cristian Ruíz Orfila, Director of Art and Culture of the Canal Foundation; Ana Berruguete, Director of Exhibitions at La Fábrica / PHotoESPAÑA; and Paco Gómez, photographer, unanimously agree to award the First Prize of the #Mirandoalos90 call, organized by Fundación Canal and PHotoESPAÑA and carried out through Instagram between June 6 and July 5, 2022, to photography (without title) made by Belen Romero Garcia (@nelebromero.photography). 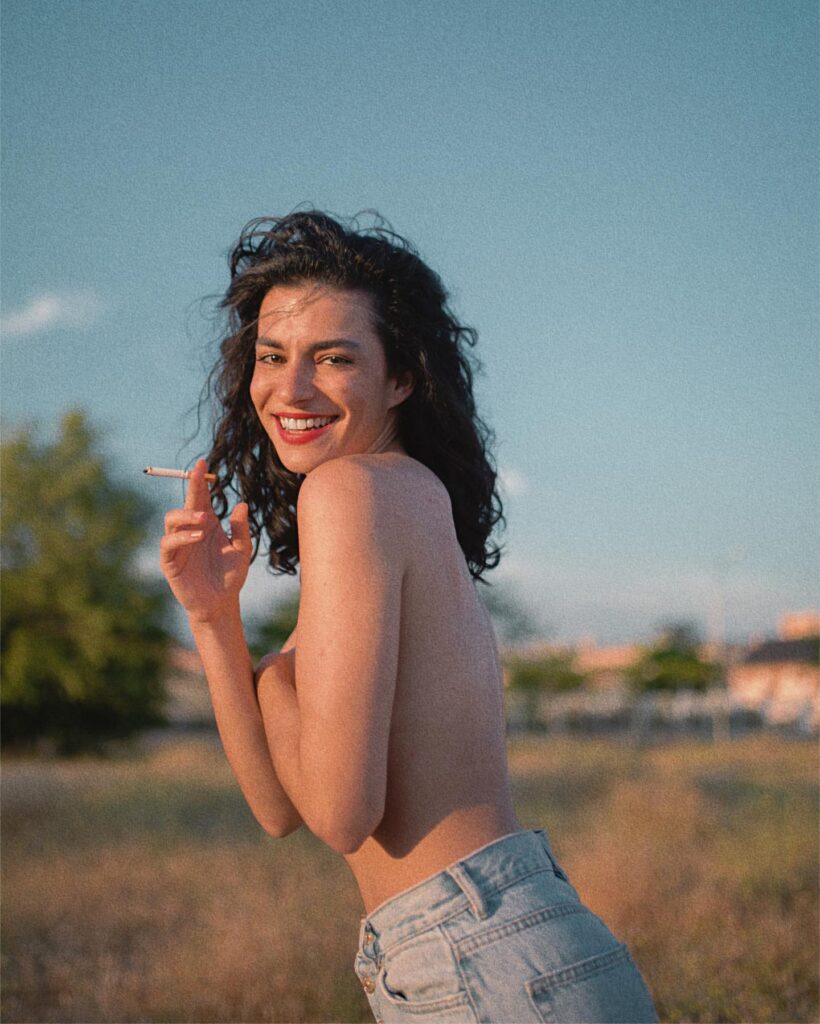 For recalling the festive spirit of the 90s through the visual lines of that decade, creatively referenced in the hairstyle, clothing and pose of the image's protagonist, with which the author wants to evoke "the total representation of the happiness of feeling free, that freedom that was finally beginning to be felt in the women of the 90s”.

Technically, photography is executed with a focus and lighting appropriate to the message it wants to convey. In addition, the author plays in editing to emulate the aesthetics of analog images. 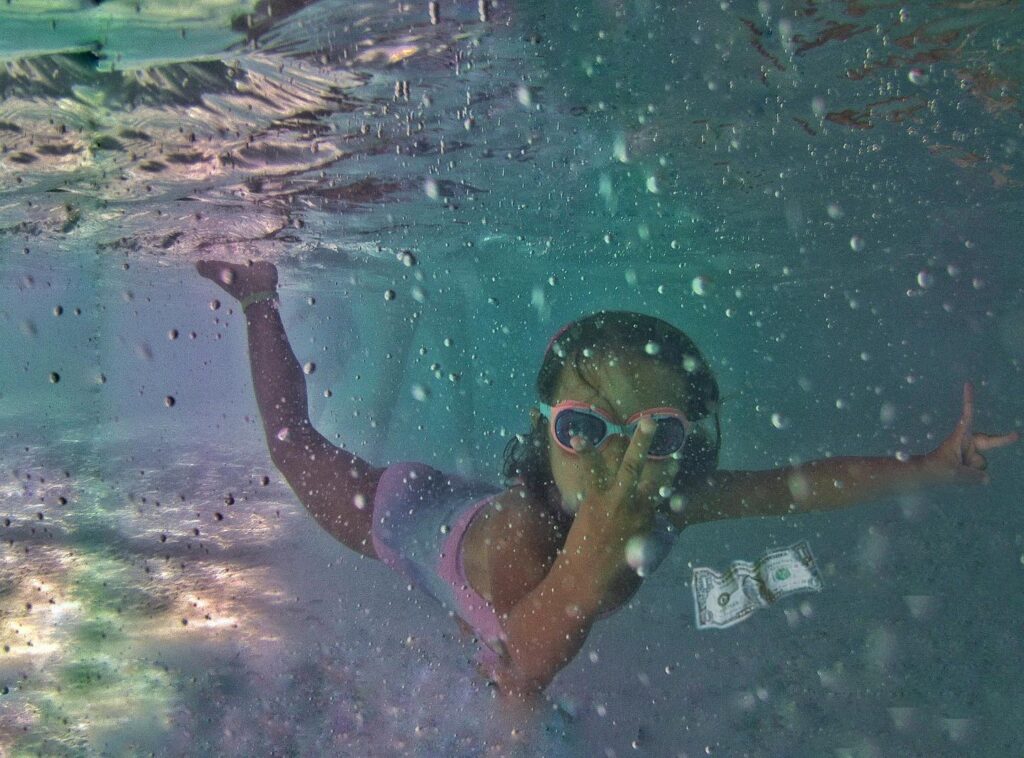 En Nevermind, the author reflects on the 90s from the recreation of what is perhaps one of the most iconic images of the decade, the cover of Nirvana's self-titled album, which is also one of the great milestones in the history of music , since it caused the 'grunge' style, so characteristic of that period, to spread from Seattle to all corners of the planet.

In this underwater photograph, the author takes care of the aesthetic recreation of the original image in detail and also adds a 'punctum' in capturing the gesture of the protagonist. 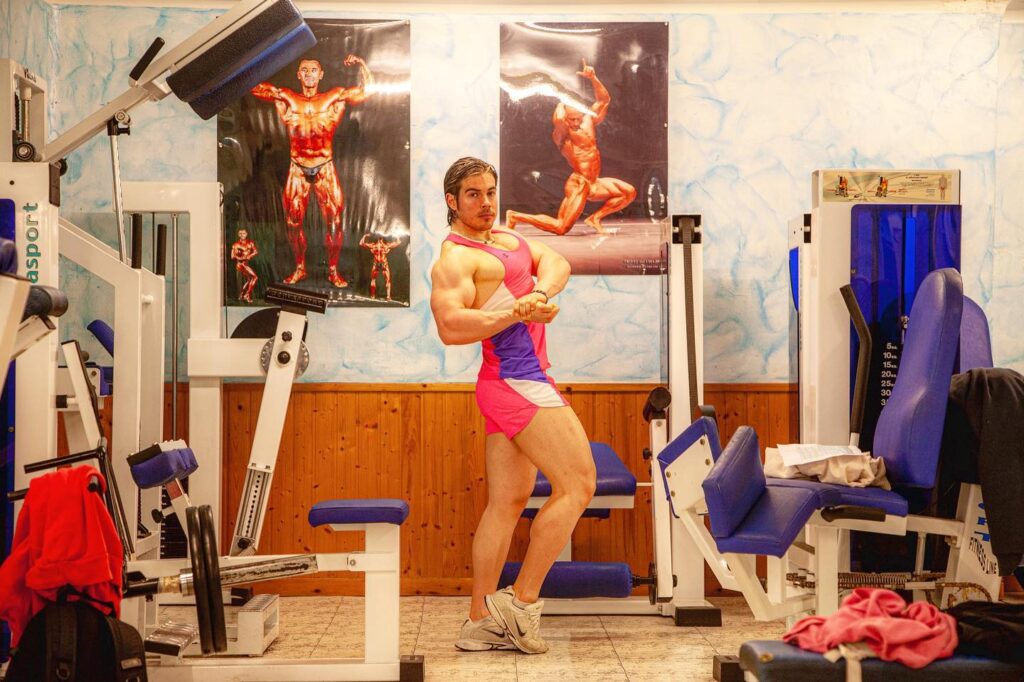 Pink Muscle Man identifies, from the present, the rise of sports practice and the transformation of its aesthetics in our country after the celebration of the Barcelona 92 ​​Olympic Games, a key event of the decade and which was a turning point for Spanish sport.

Both for its framing and composition, putting the protagonist in context, and for the appropriate use of the chromatic range, the image as a whole strongly evokes, and from a contemporary and current perspective, the visual nostalgia of the 90s.