Activities Master PHotoESPAÑA in photography, open to the public 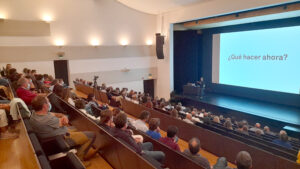 The PHotoESPAÑA Master, in collaboration with the Alcobendas City Council, organizes monthly master classes throughout the school year. In them the photographers present their work and the concerns and objectives that sustain it, establishing a dialogue with the public about their trajectory. It's an opportunity to see the work of prominent creators first-hand and ask questions. The master classes are open to the general public. 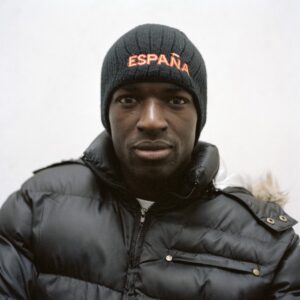 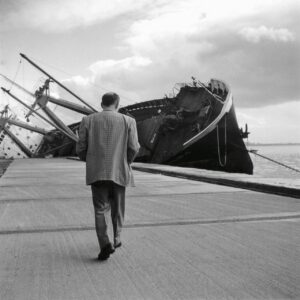 Graduate in Theoretical Physics from the Autonomous University of Madrid.

CAP graduate from the Complutense University of Madrid. Master Photography at EFTI in Madrid. He was a founding photographer of the collective NOPHOTO, coordinator of PROJECT (an independent initiative that uses projection as a way to disseminate the works of young authors) and editorial director of the PHREE project.

His personal projects have to do with travel and memory with a special approach to the relationship between human beings, photography and the territory. He has received the Fotopres´01 Grant, the Atelier de Visu Grant-Residence in Marseille (France), the Intermediate Aid from the Madrid City Council and the Aid for Cultural Projects of Social Impact from the La Caixa Foundation. He has developed projects for public and private entities such as AECID, Amnesty International, Madrid City Council, British Council, Casa Árabe, Ministry of Culture, El País Semanal. 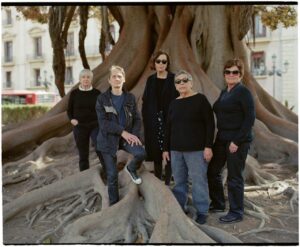 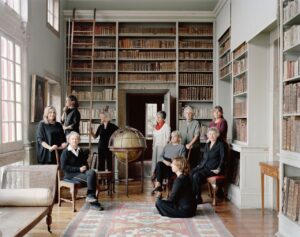 During the presentation, Carmela García will make a chronological journey through a selection of projects, through which she will reflect on the idea of ​​"work in progress" or "work processes". All of Carmela's projects form a great body of work that constantly feeds on itself and continues to grow. They are both a means to investigate autobiographical and social aspects.

From the beginning of her career, she has questioned the images of women in society, investigating them and questioning the hegemonic gaze with feminist visual discourses. Through this positioning, she has built different artistic works in which women are the protagonists, showing us images that break the schemes of binary genders, offering more open, plural and flexible generic identities that open up other options of sex-gender interrelation. In her latest projects, Carmela García constructs subjective spatio-temporal stories unwrapped between reality and fiction from another possible world. Some projects developed as symbolic genealogies that follow the clues and ties that have united some women with others throughout time and space, of lives, behaviors, attitudes and individual and collective positions against the current of the prevailing ones.

These narratives show a visualization of ideas through an expansion of photography towards other artistic formats, such as video or installation, where Carmela García presents fictionalized realities, made up of data and information from documentary sources of different disciplinary origins, and data biographical, which then links, at the same level of tone and poetics, with fragments of visual and literary narratives.

In 2000, he received the PHotoESPAÑA Revelation Photographer award and the 2019 Madrid Community Culture award for his career. He is a member of the Royal Canarian Academy of Fine Arts.

Since 1988 he works as a photographer and video creator. Specialized in fashion, portraiture, corporate photography and advertising campaigns, has worked for the best brands and media such as Vogue, Elle, El Pais Semanal and Cosmopolitan, among others.

He has extensive experience as a teacher of university courses and teacher training in the image area. He is currently a teacher at the PIC.A. His work has focused on the nude as a tool of transgression, with the series Hidden Desires and Walk by the wild side. Present at Arco Madrid 1993 and at PHotoESPAÑA 2000. He has work in the permanent collections of the Valencian Institute of Modern Art, the Andalusian Center of Photography (Almería) and the National Center for Contemporary Arts in Moscow (Russia).

He graduated in Information Sciences from the Complutense University of Madrid.

He has been a founder and member of the collective NOPHOTO. He currently works for the British agency Panos Pictures. His are long-term projects, in which he reflects on migrations. He is a regular contributor to media such as El País Semanal, The New York Times and La Republica. His work has been present in PHotoESPAÑA 1999, 2006 and 2007, Visa pour l'Image (Perpignan, France, 2000), the Nida Photofestival (Lithuania, 2010) and Guatephoto (Guatemala City, 2012), among other exhibitions and competitions . In PHotoESPAÑA 1998 he received the Discoveries Award to the best portfolio. He has been awarded the W in the years 2000 and 2002.

His work is part of prestigious collections such as those of the Ministry of Culture, the Embassy of Spain in Washington, the Museo di Fotografia Contemporanea de Cinisello Balsamo (Milan, Italy), among others.

The PHotoESPAÑA Master in Photography, in collaboration with the Alcobendas City Council, organizes the following seminars during the 2021/22 academic year. 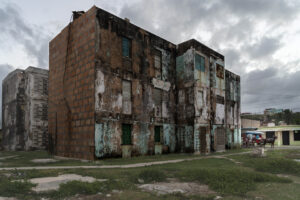 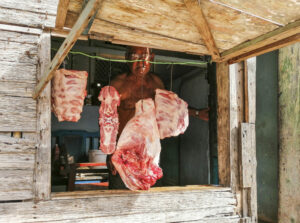 New processes for the production and distribution of journalistic photographs.
By Juan Varela

After the digital leap, infinite debates were opened about photography and the new uses and challenges that it must face. The objective of this seminar is precisely to check how new technologies make it easier for photojournalists to create their own digital platforms for self-publication and dissemination of images without intermediaries.: their work no longer depends on any company or institution outside of them, which gives these information professionals a new freedom. Their income no longer comes from the sale of photographs through news agencies or third parties (generally corporate media). They also do not depend on advertising, but on crowdfunding campaigns and / or online subscribers to these platforms, also converted into multimedia laboratories in which the still image is combined with audio, video, text and web design, resulting in interactive reports in which the limits of photojournalistic narration are explored.

Juan Varela Doctoral student in Journalism at the UCM with a thesis project on Photojournalism on demand. Degree in Information Sciences from the University of Santiago de Compostela. Higher Technician in Photography from the School of Image and Sound (EIS) of A Coruña. After more than a decade working as a press photographer in Galicia, I completed the Master La Fábrica. Direction of Cultural Projects of the Contemporary Foundation to guide my professional development towards cultural management. Currently I coordinate the production of PHotoESPAÑA and I am co-founder and co-director of FFoco da Coruña Photography Festival and Galician Documentary Photography Editorial Award.

We have already begun to create our own style, seeking the path to our authorship. It is understood that technically we have the theoretical knowledge that is necessary to be able to develop our facet as photographers. But what do we do now? How are we going to be able to apply it after our studies at the real world? This seminar aims to guide people interested in starting a professional career, in the field of photography, within the genres of editorial, advertising, journalism, documentary, portrait, fashion, etc.

Ana Nance. Graduated from Savannah College or Art and Design with a BFA With extensive experience as a portrait, location, travel, art and advertising photographer, she has led teams of staff in advertising campaigns for major brands such as Coca-Cola, Nike, Mercedes, Visa, Renault, Movistar Series and Iberdrola among others and has carried out commissions for photographic sessions for prestigious publishers such as El Pais Semanal, Marie Claire, Wall Street Journal, Icon, Vogue, Conde Nast Traveler, The New York Times and National Geographic Travel among others and whose trips include trips to more than 80 countries. Awards and recognitions received include the British Journal of Photography by Female in focus, Prix ​​de la Photographie, American Photography, ICP, Lens Culture or the award ARI as Editorial Photographer of the Year. He has exhibited in galleries in Paris or New York. In Madrid, Mad is Mad and Pepe Pisa, as well as the PHotoESPAÑA festival.

Reflections on nature, photography and fiction
By Alfonso Almendros

Imaginary gardens is a seminar where photography, botany, literature and art history are mixed. Through the analysis of the photographic work of various authors linked to the world of gardens and nature, we will reflect on concepts such as fiction, memory or experimentation and their ability to function as extremely powerful mechanisms when building an artistic project. All this, approached from a multidisciplinary prism that uses the world and the symbols of gardens as a starting point.

Alfonso Almendros. Graduated in Art History from the University of Valencia, he studied the Higher Degree in Photography at the Escola D'Art i Superior de Disseny de Valencia and the International Master of Photography at Efti (Madrid) thanks to the Roberto Villagraz Scholarship 2016. His work It has been exhibited internationally including exhibitions at Encontros da Imagem in Braga, the Kursala Room at the University of Cádiz, the Canal de Isabel II Room, the Cultural Center of Spain in Mexico, the King Juan Carlos I of Spain Center in New York, Donggang International Festival in South Korea or Article Gallery in Birmingham and awarded in different festivals and calls such as the prestigious Prix Révélation SAIF at the Voies Off 2019 in Arles, the V Galicia Prize for Contemporary Photography, the II OCEMX Call for Photography (Mexico) , the Photographic Museum of Humanity 2014 Grant or the Grand Prix Fotofestiwal 2011 (Poland). In 2019 his book To name a mountain, was a finalist for the Best Photography Book of the Year Award at PHotoESPAÑA 2019. Since 2014, he combines his artistic work with teaching, including courses and talks at the Real Jardín Botánico de Madrid, the Centro Cultural de España and the Cinemateca Nacional de Nicaragua or at the Department of Visual Arts of Brock University in St. Catharines (Canada).