The Banco Sabadell Foundation and PHotoESPAÑA organise for the second consecutive year a programme of nocturnal projections at the Real Jardín Botánico, a venue of the festival.

The garden opens its doors after hours especially on this occasion so that the public can visit the site and enjoy the artistic proposals that are presented within and adapted to the surroundings, creating a night filled with light and sound.

Sauna Sessions is a work that explores the interaction and behaviour of men after a session in Helsinki's public saunas. The author accompanies them and make portraits of their bodies and glances, somehow disturbing, once they have cooled down.

Kenneth Bamberg (Åland Islands, Finland 1981) He has exhibited extensively in solo and group exhibitions in Finland and abroad such a Gallery VU in Quebec, The Museum of National History in Copenhagen and The Photography Museum Winterthur in Zurich. He has received numerous esteemed awards and working grants including the 3 year working finnish grant.

Omnia vincit Amor is an art video using animation techniques on the base of 4 photographs of trees to represent the four seasons. With this video Lamia Naji intents to represent life, its cycles, the perpetual movement of joys and pains. It means also to question the legitimacy of free will in an ever faster and violent world and suggests the necessity to “let go” (lâcher prise) in order to achieve serenity in life.

Lamia Naji (Casablanca, Morocco 1966). She was introduced to photography by her well-known cousin Touhami Ennadre in Paris. She quickly developed a personal approach to photography which led to her being offered grants and residencies such as the Nederlands Foto Institut of Rotterdam (1995) or the Cité Internationale des Arts in Paris (1996). Her work has been shown in numerous exhibitions worldwide and is part of numerous private and public collections such as the Maison Européenne de la Photographie, Paris or the Fondation Sindika Dokolo, Luanda.

It is a new photography platform that aims to give resources to the new European photographers with the aim of increasing their visibility and mobility through different international institutions. With this iniciative each artist will be able to interact with new audiences through annual events across Europe. The projection will be accompanied by the live music of Haydée Tamara Bunke.

Since 2015, the Elliott Erwitt Havana Club 7 Fellowship Foundation gives each year an outstanding photographer the opportunity to execute a documentary series in Cuba. The program started with an inaugural series by Elliott Erwitt: Cuba (2015). The next year, Turkish photographer Ali Taptik completed Angels’ Share, a body of work that expresses the author’s interest for architectural heritage and the appropriation of the urban space by different generations. The most recent series, Sombra de isla, by Peruvian photographer Musuk Nolte, plunges the spectator into an emotional, dark and ethereal Cuba.

Elliott Erwitt, Cuba (2015): Over half a century after shooting his mythical series of Cuba in the immediate aftermath of the Revolution, Elliott Erwitt returns to the Island in 2015 – a critical year marked by the resumption of diplomatic relations with the United States.

Ali Taptik, Angels’ Share (2016): The Turkish photographer carries out an analysis of the manner in which both architecture and human bodies attest to the Cuban capital’s past and how different age groups appropriate the urban space from their own generational experience.

Musuk Nolte, Sombra de isla (2017): Musuk Nolte is above all interested in the inner self of both the people and landscapes that he portrays. To the color and exuberance that is usually associated to Cuba, Musuk opposes an ethereal, emotional and evocative vision. 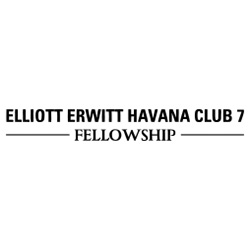 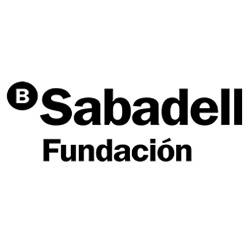