The photographers Donna ferrato and Small Pillar were awarded the PHotoESPAÑA and Bartolomé Ros Awards, respectively. These top distinctions awarded by the Festival recognize the careers of great professionals within the fields of photography and the visual arts.

The PHotoESPAÑA Award is recognizing Donna Ferrato for the excellence of her documentary photography and her commitment to the struggle against and condemnation of violence against women, which she has been documenting since the 1960s.

The US photographer is participating in PHotoESPAÑA 2019 with two shows. Holy at the Círculo de Bellas Artes illustrates Ferrato's 50-year career in a retrospective with photographs that appear in her new book by the same title to be published by PowerHouse. In it, Ferrato has written each caption herself by hand. Ferrato makes us the witnesses of the endless struggle for gender equality, the sexual revolution and today's #metoo movement. Plus, as part of the Festival OFF, the La Fábrica gallery is hosting the exhibition TriBeCa. These photographs of that New York neighborhood, taken from 1997 until today, show the different kinds of landscapes and people who coexist together there at a time of profound transition. This area, which was traumatized by the terrorist attacks on 9/11 and heavily impacted by Hurricane Sandy in 2012, has managed to remake itself and regain its spirit, rising up from its ashes and once again becoming one of the most thriving parts of the city.

The festival also wanted to recognize the career of Pilar Pequeno with the Bartolomé Ros Award because of her sensibility and special use of the language of photography, which have made her one of the most prominent contemporary Spanish photographers. Pilar Pequeno's works can be seen in in PHotoESPAÑA 2019 at the Marita Segovia gallery with the exhibition Still lifes. With this exhibition, Pilar Pequeno culminates the project she began in 1993. Through a long reflection and photographic experience, this work, the broadest and most representative of her oeuvre, is comprised of different interrelated series. In the still lifes, there is no 'decisive moment'; instead, it has to be created by analyzing the subject or the frame or by changing the light. Transparencies caused by water are an essential feature of this project, in which the author seeks the ambiguity caused by light on shots seen via a translucent element.

This prize, which is granted by the bequest of Bartolomé Ros, recognizes a Spanish personality's contribution to the development of photography in any of its fields, whether as a curator, an author, a historian, a critic or via any other direct ties with the medium.

Yesterday morning the books that were deemed the best photography books of the year were announced.

The jury, made up of Susan Bright, guest curator of PHotoESPAÑA 2019; Begoña Torres, deputy director of Fine Arts Promotion of the Ministry of Culture and Sport; and Belen Poole, director of the Centro de Arte Alcobendas, have decided to recognize the following titles and publishers:

The Best Book in the national category is Remembering the Future by Albarrán Cabrera (Ángel Albarrán & Anna Cabrera), published by RM. In this book, the authors develop a sensitive, poetic photographic universe based on memory and experience. 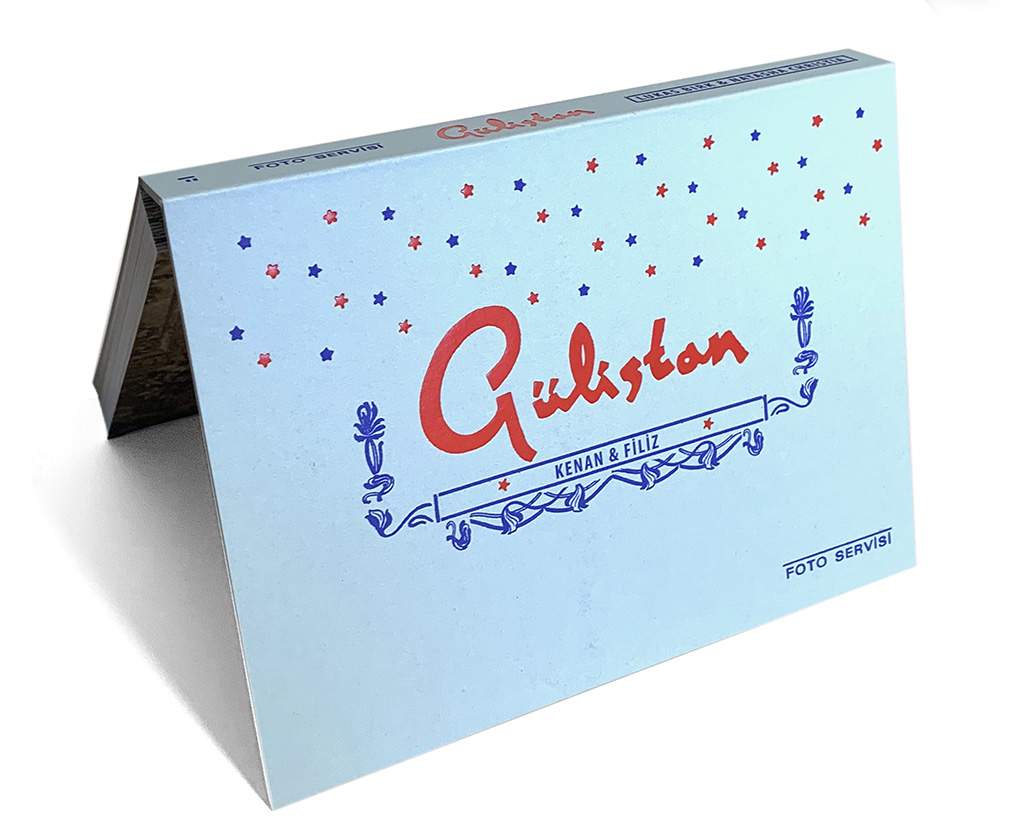 The Prize for Best Book in the international category went to Gulistan by Lukas birk and Natasha christia, published by Fraglich. Gulistan tells the story of Kenan & Filiz, two residents of Istanbul who celebrate their lives in the most elegant establishments in the city in the 1960s and 1970s.

In the category of Best Self-Published Book, the jury recognized The Migrant by Anäis López. This book examines issues like the complex relationship between human beings and animals, the consequences of the breakneck urbanization process and the position of the unwanted outsider.

More, the Phree publishing house, which specializes in documentary photography, travel books and family albums, was awarded as the best publisher of the year.

Regarding the Festival OFF Award, the jury recognized the show Concrete island by Dionisio González at the Ivorypress gallery. This exhibition, which is open to the public until the 27th of July, gathers together a series of works that study the aspects and dystopian consequences of the architectural impulses spread around Europe in the early 1950s. In a difficult post-war period, with the ideas of the modern movement stagnant after having been a disturbing rupture with traditional architecture, a new generation of architects and urban planners designed an alternative city populated by the technological achievements of the war industry and aerospace research , responding to the profound mutations in society due to the social, cultural, economic and political crises.

In addition, the jury of the OFF Award, made up of the collector Bárbara Mur; José María Díaz-Maroto, photographer and conservator of the public photography collection of Alcobendas; and Jaime Sordo, a collector and president of the 9915 collectors' association, granted three honorable mentions. The first is to the Alvaro Alcazar gallery for the exhibitions Tree Series by Myoung Ho Lee, A Grove of Trees From a Point of View by Juan Millás and You Are What You Have Read by Anuca Aísa and Paz Juristo; the second is for the Rafael Perez Hernando gallery for the show Infinite Artificial by Fernando Maselli; and third goes to the Moisés Pérez de Albéniz gallery for the collective show Cities.

The PHotoESPAÑA 2019 Discoveries Award went to Lilia Luganskaia for her project Investigation of Love. The jury was made up of Angel Luis González, Founder of Photoireland Foundation (Ireland); Maya Anner, chief curator of the Photo Festival: IS: RAEL (Israel); and István Virágvölgyi, editor, curator and head of the Robert Capa Photography Prize (Hungary). The jury's announcement stressed the following: 'This is a project undertaken with forensic accuracy, a meticulously woven story through which the artist questions the government's trust in photography as irrevocable proof of something'. Luganskaia's analysis and research process stands out even more because of the support of an outstanding book that she herself designed. The jury found that her work shows a highly creative approach to debating a relevant, timely matter, such as emigration and photography in a post-truth era.

Investigation of Love (installation / action / book) is a story of privacy, politics, immigration, bureaucracy and love. The project explores photography as evidence, and in particular whether photographs can work as proof of such an abstract notion as love.

Lilia Luganskaia (Russia, 1990) is a visual artist and photographer based in Amsterdam (BFA, Photography, Gerrit Rietveld Academy in Amsterdam). Her practice is based on her training in documentary techniques. She draws inspiration from the news, reality and the virtual world, which she examines via photography and interdisciplinary installations. Her practice focuses on investigating reality, yet it also recognizes its political dimension, especially through the development of the concepts of 'proof' and 'truth'.

14 September 2021
Photography is an interrupted dialogue if there is no one to receive it. For this reason, in PHotoESPAÑA the public also has ...
Read more »

7 September 2021
From today until September 21, one hundred points of urban furniture in the center of Madrid (among the ...
Read more »

7 September 2021
In the third edition of PHotoESPAÑA Santander, which brings together until the end of October the work of 68 authors in the ...
Read more »

7 September 2021
One more year, One Shot Hotels, linked from the beginning with photography, are the official hotel of PHotoESPAÑA 2021.…
Read more »

2 September 2021
From September 1 to October 31, Santander and Cantabria host PHotoESPAÑA for the third consecutive year. A…
Read more »

June 22, 2021
Within the framework of the Festival, another year, PHotoESPAÑA and the Santander City Council organize a viewing of portfolios that…
Read more »